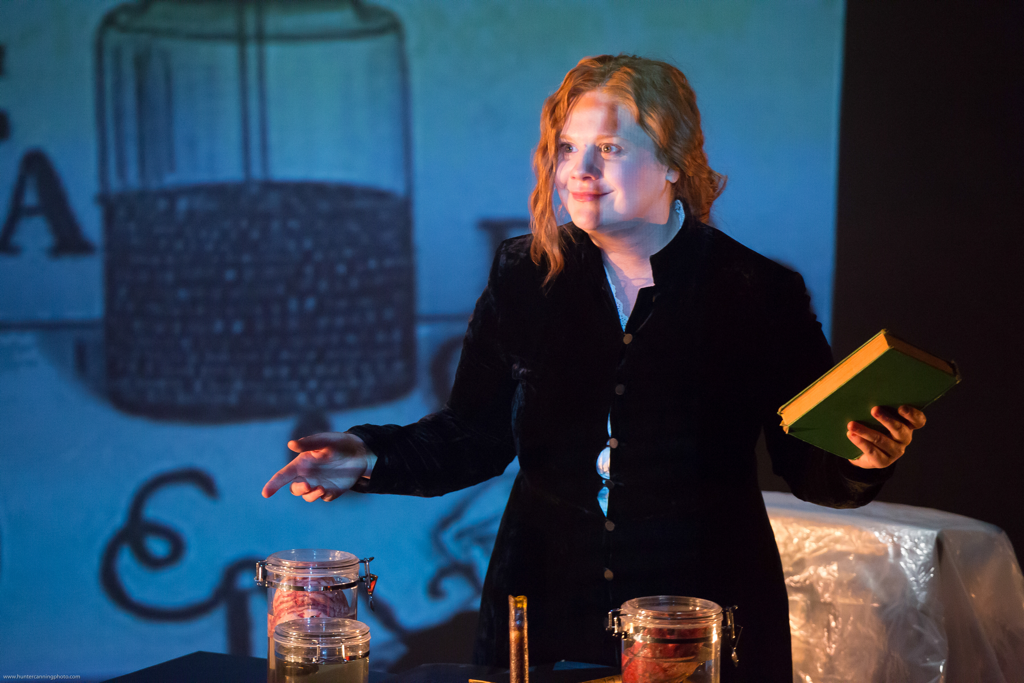 This project started as a multimedia production focusing on a thematic intersection of two women headed in different directions as they embrace their power: Mary Shelly as she tumbles from her status as the famous daughter of renown intellectuals into an outcast who finds redemption in embracing her “monstrosity” and writing Frankenstein, and a female musician in the 1950’s who is labeled a “monster” and punished for trying to rise above her sex and station as she tries to become a professional musician. The lighting design by Stacey Boggs won a well earned NYIT Award.

Later it evolved into a solo show focusing on only the life of Mary Shelly with original music and sound design by Kodi Milburn and movement choreography by Natalie Deryn Johnson.

More info on the show can be found here.

“a fierce burst of inspiration and madness."- Theasy.com

"Unforgettable, electrifying characters . . . sheer majesty. . . a triumph. Scary and enjoyable . . . brings back a sense of wonder about monsters." - Theater in the Now

“Directed by Isaac Byrne, who brings an aesthetic of Brechtian alienation to the proceedings, breaking up the rich language of Christopherson’s monologue with sonic and visual assault like so many dead body parts and lightning bolts” -Travalanche