I Used to Write on Walls by Bekah Brunstetter 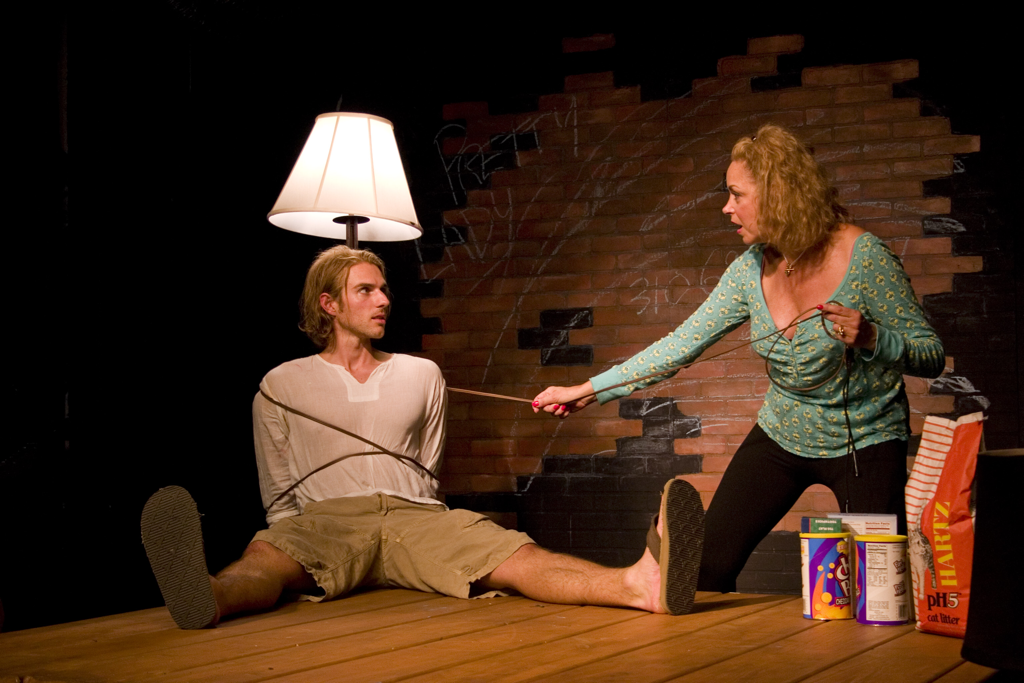 An anti-romantic comedy by the incomparable Bekah Brunstetter. Her first play published by Samuel French.

If you’re looking for good female monologues, this play has a about dozen. Hilarious and heartbreaking, this production was one of my favorites.

“I Used to Write on Walls’ plot does not so much rush forward as chart a path of the perfect emotional storm.” Up to the Minute Reviews

"The ways of the lost are aptly pathetic, fanciful, impetuous and all-consuming, and wonderfully illustrated by Brunstetter's rich, hyper-candid characters and naked dialogue...raw and poignant" Talking Broadway

"Bekah Brunstetter's use of language is exquisite; her dialogue sings and expresses character with telling detail...Working Man's Clothes Productions has delivered another powerful show" Broadway World

"Brunstetter's writing has real promise. Diane's opening monologue, consisting of an awkward voicemail message that ends "thanks for the sex," is an audition piece waiting to happen." Backstage Magazine

"nothing short of a revelation, rife with perfect comic timing and a powerful emotional investment" Monsters and Critics

"I Used to Write on Walls is easy to watch and enjoy. The show makes it clear that Working Man’s Clothes is a company to keep an eye on" Show Business Weekly