To Nineveh: A Modern Miracle by Bekah Brunstetter 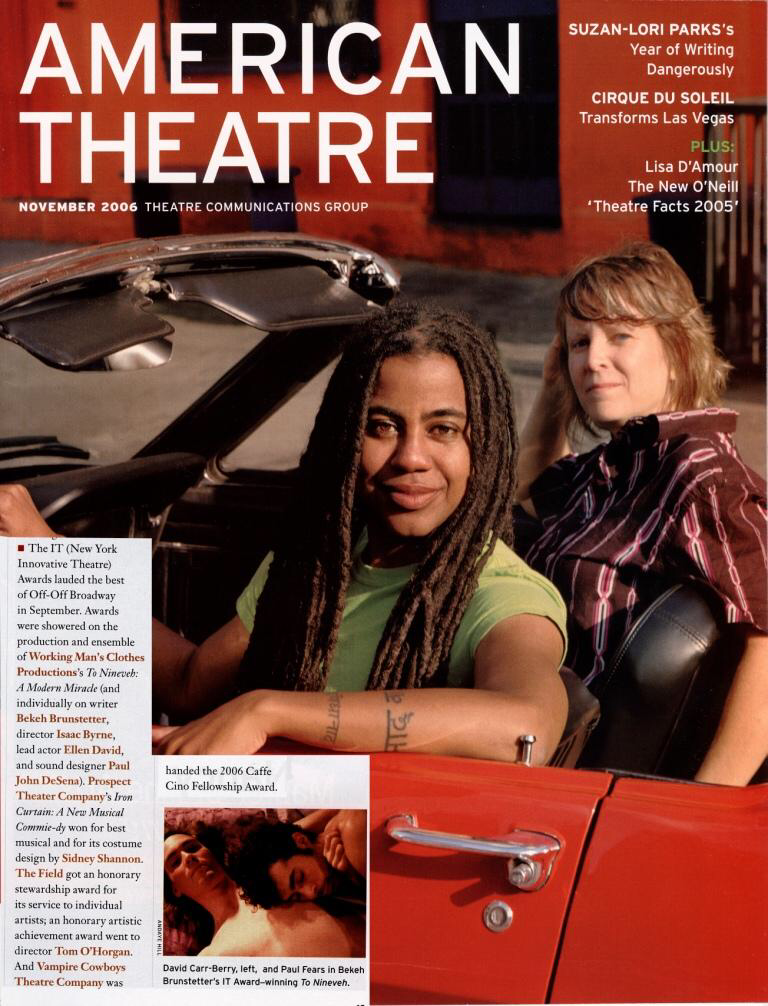 This was the first year production that helped put my first theatre company Working Man’s Clothes Productions on the map and first brought national attention to Bekah Brunstetter.

Performed at American Place Theater in their tiny black box on the 27th floor in the 520 8th Ave building in 2005, this production was nominated for 9 New York Innovative Theatre Awards.

I also got to meet Lanford Wilson who presented us with the Outstanding Production award. We hung out on the sidewalk outside of Phebe’s, bummed cigarettes off of strangers, talked about Cafe Cino, and watched in stunned silence as Ellen Stewart was rolled by in a wheelchair just as we were talking about La Mama.

It was a good night.

“Byrne is able to get performances of heartrending depth from his accomplished cast.” *Best of the Season* Off-Off Online

“To Nineveh is a treasure. Hits every mark. Brilliantly acted and directed. A must see!” Larry King