We Are Proud to Present a Presentation About the Herero of Namibia, Formerly Known as Southwest Africa, From the German Südwestafrika, Between the Years 1884–1915 by Jackie Sibblies Drury. 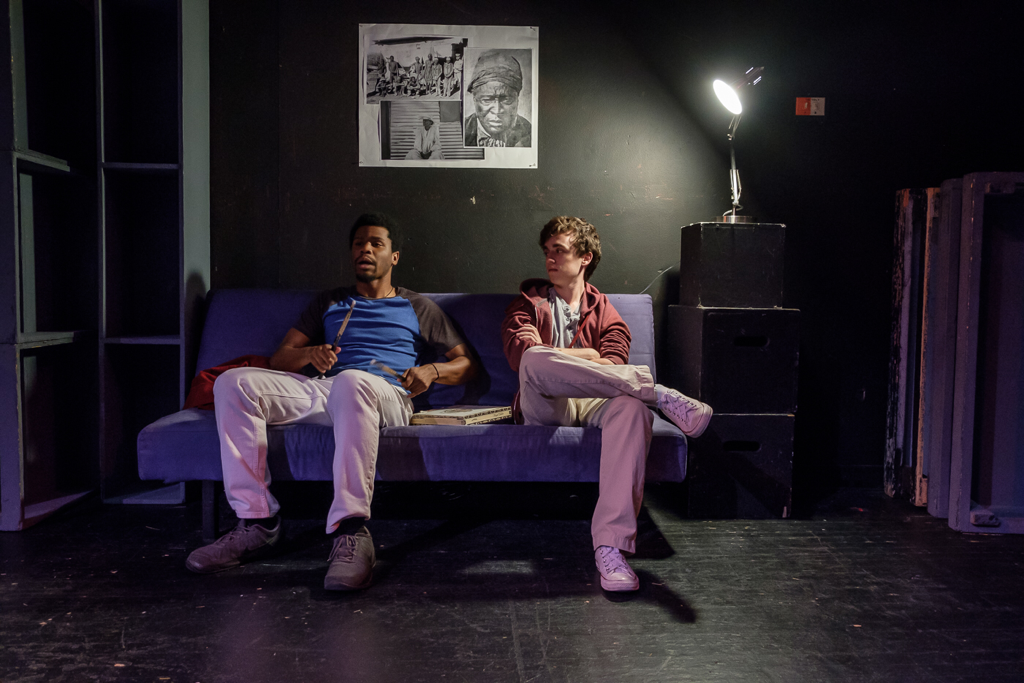 6 actors try to create a theatre piece about the first genocide of the last century. Bouncing back from the rehearsals to the presentation of a series of devised scenes, musical numbers, and improvisations until the process and the product of their work collide as unconscious biases and prejudices bubble up and overwhelm the performers and the play they’re creating takes on a terrible life of its own.

My first production at Texas State University as part of my MFA in Directing track. We created the musical numbers from scratch, created a series of “ideographs” devised from dramaturgical research to build the devised scenes around, and studied African dance.

Rehearsals were alternately energizing and emotionally exhausting, but the end result was worth it.